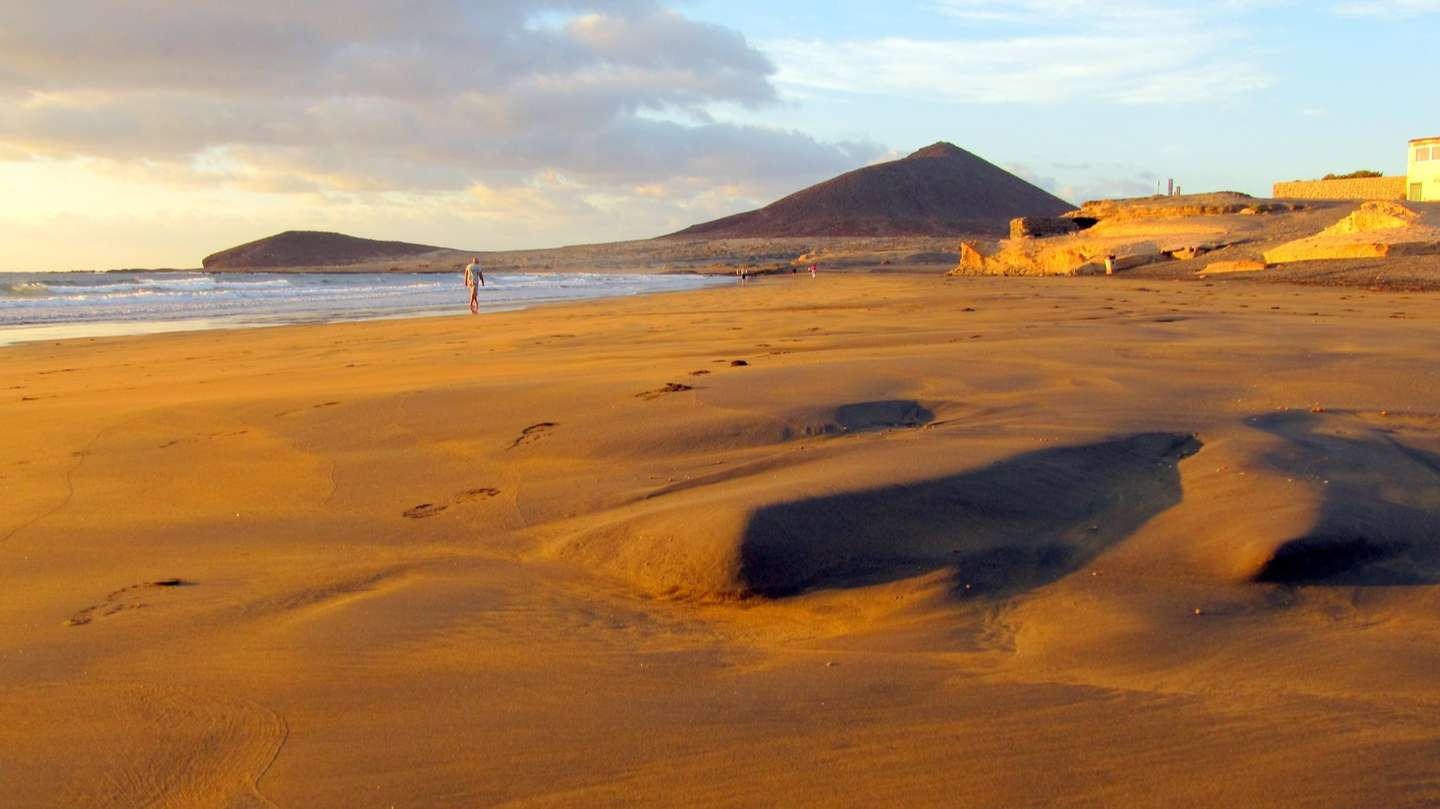 Welcome to the best village in Tenerife!

Are you coming to discover El Médano?

What to see and do in El Médano?

We suggest these plans for you to enjoy El Médano to the full:

A few beers and tapas in front of the sea, a romantic dinner in the moonlight or enjoy the Canarian gastronomy in the company of your family and friends.

Whatever you want, you have it in El Médano.

Check out our recommendations for the best restaurants in El Médano.

Going to the beach

Relaxing in the sun and taking a refreshing swim at any of the beaches of El Médano is a good plan when the weather is fine.

Did you know that these are the only natural sandy beaches in the whole of Tenerife?

El Médano is one of the best spots in the world for kitesurfing and windsurfing.

There are plenty of schools along the promenade to learn from the best instructors from countries all over the world.

A good pair of trainers, sun cream and water will be your best allies on the trails of this unique natural site.

Get deep into the Canarian nature by following these hiking routes in and around El Médano.

With just a pair of goggles and a snorkel you can see beautiful seabed and swim among colourful fish.

We recommend these snorkelling spots in El Médano:

Doing yoga in El Médano at least once is a unique experience.

The sandy beach, the sea breeze, the sound of the waves… In short, connect with yourself and with nature, away from the traffic and the noise of the city.

Take a look at the agenda of El Médano.

Hopefully you will be able to attend one of the events that are organised in the village throughout the year.

The mythical pilgrimage of the medanera barquera, the Olympic triathlon or the “Ruta de la tapa” are just a few examples.

The Chirinstones bar is the rock resistance of Tenerife South. The only soundproof place where you can enjoy live concerts of bands from all over Tenerife.

Don’t miss their famous open mic sessions where anyone who can sing or play an instrument can get up on stage and give it their all.

Looking for a good place to sleep?

Don’t leave Tenerife without unforgettable memories and experiences to tell:

When to visit El Médano?

It is always a good time to visit El Médano. The good thing about Tenerife and the Canaries in general is that the temperature remains stable all year round.

Do you want to choose the best time to come? Here are some tips:

Both winter and summer can be considered high season and there will be a good atmosphere in and around El Médano. The climate is stable, although in summer it is hotter.

In both seasons you will be able to enjoy the beach and the sun. Remember that there are differences between the climate in Tenerife north and south, the south is much sunnier!

It is actually less than 20 years old, but it has already gained a good reputation among the Canarian people of all the islands.

The atmosphere in the village is spectacular: people dressed in white, food and drink stalls in the square, concerts, beach parties and even floats parading through the streets.

If you are a lover of sport and in particular windsurfing or kitesurfing, El Médano is one of the world’s meccas for these sports.

The world kitesurfing and windsurfing championships are held here, where you can see the best in the world sailing the sea and flying through the air.

Another famous event that takes place every year is the Olympic Triathlon of El Médano.

Tourism in El Médano, a holiday destination in Tenerife South

Until recently El Médano was a fishing village that was barely developed in terms of tourism, but from the 1980s onwards people began to realise that they were looking at a diamond in the rough.

So much so that today, in 2022, it is one of Tenerife’s favourite destinations.

El Médano is a place with a special charm, where tourism still respects nature and manages to escape the hotel overcrowding that prevails in other areas of the island.

It can be said to have a stable, calm and diverse tourism.

From adventurous backpackers to families with children, from foreign retirees to street musicians, from sportsmen to nature lovers.

That is the magic of El Médano.

For us, the best village in Tenerife and in the whole world ❤️

The weather in El Médano

El Médano enjoys a mild Mediterranean summer climate, with an average maximum temperature of 23°C throughout the year (from 20°C in February to 26°C in August).

How to get to El Médano?

El Médano is a small village on the south coast of Tenerife that belongs to the municipality of Granadilla de Abona. 11 kilometres separate the town of Granadilla (inland) from El Médano (on the coast).

The motorway that connects the south of Tenerife with the north is the TF-1, and the road you will have to take to get to El Médano is the TF-64 (from the San Isidro roundabout).

Rent a car without deposit 😉